On September 16th Hannah Epperson released her album „Upsweep“. We talked with her while eating choco sticks about being officially homeless, the difference between being nice and being good and her favorite emoji. 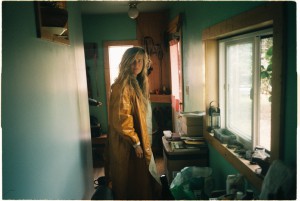 SSP: What’s the most annoying point about touring?
HE: I’m a really social person, but sometimes I need so much alone time and I don’t find it a lot on tour. Especially, because I’m the band leader. I feel constantly responsible making sure that everyone is feeling loved and taken care of. But sometimes I just want to crawl into a corner and have a cry and just sleep. I can’t really do that on tour, but that’s ok. (laughing)
SSP: You’re travelling so much. Do you know where you are right now?
HE: (thinking) No. (laughing) Yeah. Münster. I also mean, this is another thing that is really nice on tour, is like revisiting places you played, promoters like I know Nicholas who had bring the show to Pension Schmidt twice. So and I went there, had a cafe and it is like being home. And that is a really nice feeling on tour, because it is all about this communities you built, relationships and you return.
QUICK-FIRE ROUND
SSP: When did you start playing violin?
HE: I was five when I started.
SSP: Can you remember the first song you played on your violin?
HE: Nope. I mean, I probably learned “Twinkle, Twinkle, Little Star” and I think I did Suzuki when I was little because that is the one you have to learn.
SSP: Most famous contact in your mobile?
HE: For me it is Shane Koyczan. He is like this crazy spoken word poet and I did a Ted conference with him. I think he is really great. He is pretty well known actually all around the world. But in general fuck fame.
SSP: What’s your favourite emoji?
HE:😭 or 🕳
The crying face is the one I use the most. My favourite one is the black hole. Graphically it is horrible, but I think it is brilliant.
SSP: Who is your biggest fan?
HE: His name is Felix and he is a really sweet kid.
SSP: Last thing you doing before going to bed?
HE: (thinking) I have a really bad habit before going to bed. I am just falling deep into the hole of Twitter. Just reading all the apocalyptic news in the world, I think this is why I have only apocalyptic dreams. I should not do the Twitter thing, but I can’t go to bed without knowing.
SSP: Going for a run or hanging on the sofa?
HE: Running. But actually the thing is… No, running.
SSP: Sneakers or high heels?
HE: Sneakers. No shoes actually. Zero shoes.
SSP: Are you singing in the shower?
HE: I whale in the shower. I don’t know if you can call it singing.
SSP:What kind of music are you listen to?I mean, I’ve been listening to Death Grips a lot in the car. It’s like super, super heavy. Or Deerhoof. Do you know them?
SSP: Nope.
HE: I’m giving you some good stuff here. (laughing)
SSP: Your favourite song?
HE: The first song that is coming to mind right now is … the song I listen to the most in the last days is Get Got by Death Grips.
Interview: Benedikt Duda & Jannes Tatjes 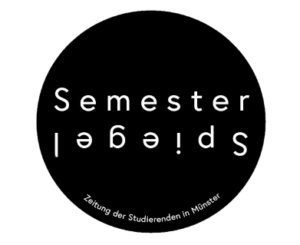